The CS3 is a compressor sustainer pedal used to strength and even your signal as well as add sustain to hold notes longer. 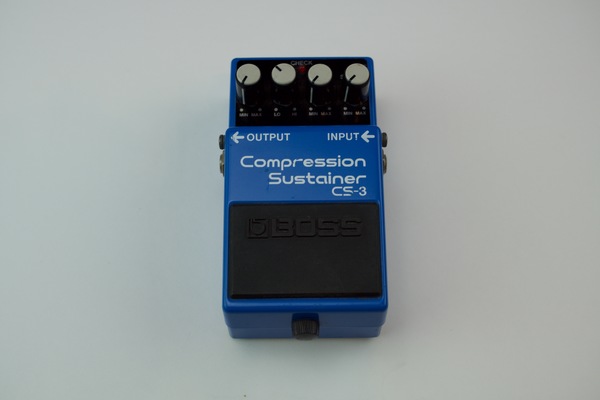 Released in the early 80’s the CS3 is still in production. Original models were produced in Japan, and manufacturing was later moved to Taiwan, where they are still produced today. The CS3 compression will make your tone more even while the sustain allow you to hold notes longer.

The pedal easy to use, It has 4 controls. Level, Tone, Attack, and Sustain. Attack controls the compression amount, and sustain controls the level of sustain effect.

The effect is pretty transparent on the base tone, There is a fairly wide range for the compression. The sustain can get pretty dramatic turned all the way up.

Medal case and very sturdy. Built to last through the ages.

Currently in production and available at Boss authorized dealers.

Be the first to review this pedal